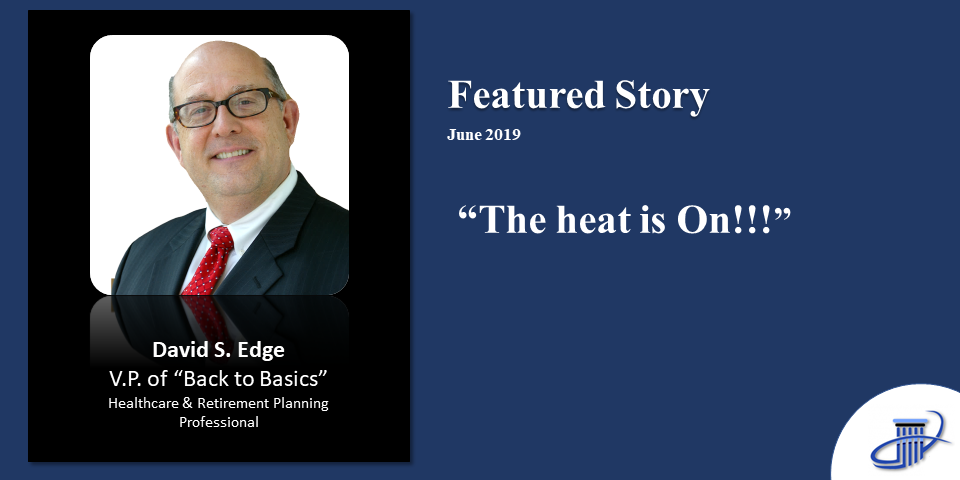 Hottest day in Arizona history since we’ve been keeping records? June 29, 1998; Lake Havasu City hit an all-time high of 128 degrees. Now that’s hot! Phoenix’s hottest day was June 26, 1990, at 122 degrees. I remember leaving my office that day to go home, and as soon as I stepped out of the A/C, it was like sticking my head in an oven! Before these recorded events, we would have to reach way back 100 years ago to see the hottest day record. That record was broken by the 128-degree day. The hottest streak of 100+ degree days in a row at 76; happened from June 10, 1993, to August 24, 1993. Yeah, I was here and remember that!

Hottest day on record anywhere in the USA? Well, we’d have to travel way back to 1913, and it occurred at Greenland Ranch (formerly Furnace Creek) of Death Valley, California at a whopping 134 degrees! This also happens to be the hottest day recorded anywhere on the planet according to the National Weather Service.

Folks talking about the weather and our planet seem to think all this hotter weather is a recent phenomenon. But these hot and cold cycles have occurred over the centuries. There are clues in the growth rings of old trees that reflect good and bad years of weather. We also have evidence from old ice flow studies reflecting weather patterns. With the heat comes some caution.

Protect your pets! If you place your hand on a sidewalk and can’t hold it there for at least 5-10 seconds, it’s too hot for your pet’s
paws. Also, keep lots of water in the water bowl with maybe an ice cube or two!

People are in danger too! The inside of your car or truck can reach temperatures of 100s of degrees in just minutes, making the steering wheel too hot to handle. You’ll see folks with oven mitts in their cars, where they learned this lesson the hard way.

Headed to the airport? We have had the Phoenix Sky Harbor airport close on several occasions during the hot weather season because the air was too hot for the planes to get any lift!

And remember, when choosing to live in the cold or the heat, “you don’t have to shovel sunshine”!