by David Schaeffer | May 4, 2021 | The American Retirement Advisor Blog 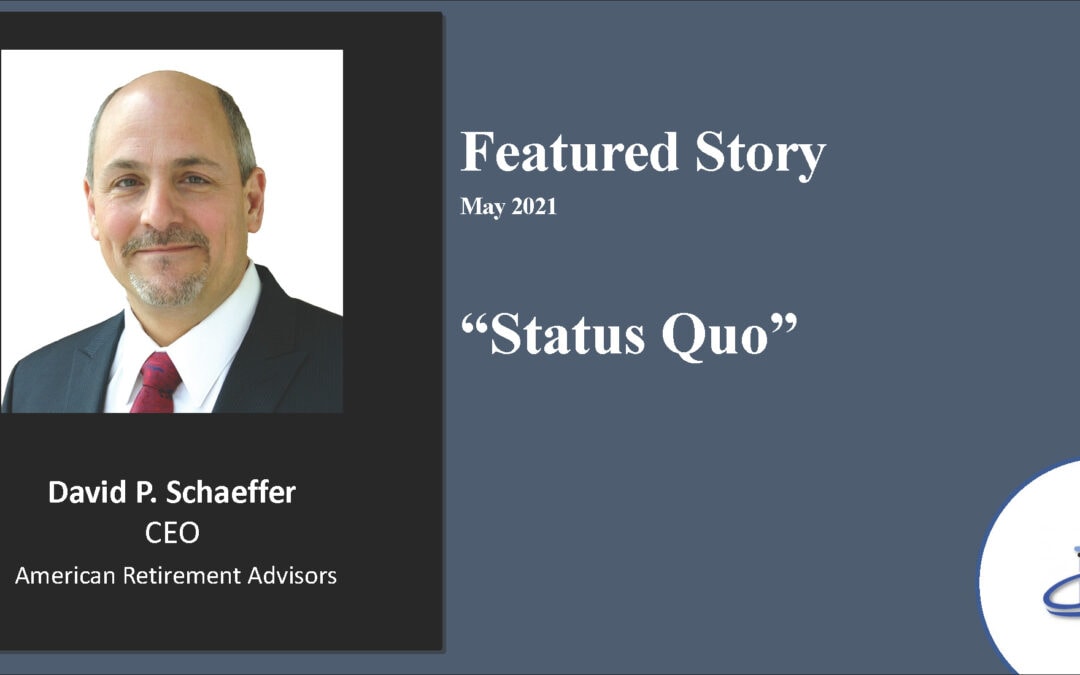 Some things never change. Some things change so fast you don’t even notice.

Same!
It seems like our politicians are always talking a good game. Sometimes we believe them; sometimes we don’t. Our government, thus far, has stood the test of time. Our constitution has held our country together for over two centuries. Believe it or not, we are the envy of the world. Our free-market economy still allows someone to start with nothing and work hard to create a life for themselves and their family. Opportunity is still what drives folks to come to America from other countries. They seek the proverbial American Dream in the land of the free and the brave. Just ask the newest folks crossing our southern borders. Sometimes we take for granted how good we have it here in America. But folks to the North (Canada) and South (Mexico) display a more versatile paradigm about what’s going on in the United States than in their own countries. Is their view accurate? I think their beliefs stem from the fact that we drive most of the world’s economies. We buy goods and services from everywhere! Let’s look at a manufacturing example; for instance, my Jeep was assembled in the USA, but the engine was manufactured in Mexico. And our hardwood flooring? Much of our hardwood lumber is imported from Canada. During a state of prosperity, America shares more than any other county in the world.

Out with the old, in with the new. Have you looked at the markets lately? They keep on rising. All-time highs, and there looks like no end in sight. We all know better from experience, change is inevitable, but we don’t know when. The previous ​administration used every financial tool in the Federal toolbox to move the economy to full employment. They pulled every lever to stimulate growth in nearly every sector. Now a new administration is running the show. The financial markets are still growing. Is inflation a catalyst? Is the dollar worth less? We all notice that gas prices have increased by over 50%.
Growth and increased spending themselves don’t cause inflation, and neither do budget deficits. Inflation comes from too much money chasing too few goods. So, the good news is we are not there.

Increased taxes hamper growth, especially for small businesses. FYI, small businesses employ more people than large businesses in America. Arizona has a new income tax which will impact how many folks will spend. The proposed (at the time I wrote this, it looks like the administration was considering not raising Federal taxes) federal income taxes will also impact many folks. Increased taxes create hesitance for businesses to expand and hire.
Here’s an example of hampered growth; If what we earn is set in stone, and now we need to pay higher taxes given the same income and expenses, the only choice will be to cut expenses or go into debt. So many businesses will make cuts from their largest operating expense, likely workforce = people. For individuals, the impact will involve having less to spend and save for a rainy day.

‘Different’ also comes in the form of… the economy recovering. Incentivized spending where money is still inexpensive to borrow. Property values continue increasing. Restaurants are open in most cities, and small businesses are starting to recover and rehire. Air travel is happening. Tourist areas are filling again with folks ready to have fun.

Some things never change. Some things change so fast you don’t even notice.

Stay safe and enjoy the ride