What is life insurance? 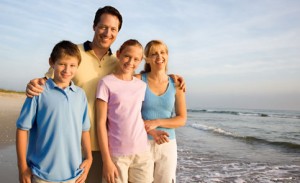 Life insurance is an essential part of financial planning. One reason most people buy life insurance is to replace income that would be lost with the death of a wage earner. The cash provided by life insurance also can help ensure that your dependents are not burdened with significant debt when you die. Life insurance proceeds could mean your dependents will not have to sell assets to pay outstanding bills or taxes. An important feature of life insurance is that no income tax is payable on proceeds paid to beneficiaries. The death benefit of a life policy owned by a C corporation may be included in the calculation of the alternative minimum tax.

What actually is a Life Insurance Contract? 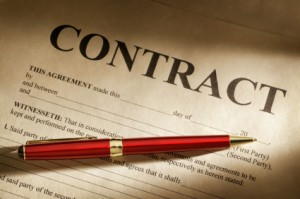 Life insurance is a contract between an insurance policy holder and an insurer, where the insurer promises to pay a designated beneficiary a sum of money (the “benefits”) upon the death of the insured person. Depending on the contract, other events such as terminal illness or critical illness may also trigger payment. The policy holder typically pays a premium, either regularly or as a lump sum. Other expenses (such as funeral expenses) are also sometimes included in the premium; however, in Australia the predominant form simply specifies a lump sum to be paid on the policy holder’s death.

The advantage for the policy owner is “peace of mind”, in knowing that the death of the insured person will not result in financial hardship for loved ones.

Life policies are legal contracts and the terms of the contract describe the limitations of the insured events. Specific exclusions are often written into the contract to limit the liability of the insurer; common examples are claims relating to suicide, fraud, war, riot and civil commotion.

Protection policies – designed to provide a benefit in the event of specified event, typically a lump sum payment. A common form of this design is term insurance.

Investment policies – where the main objective is to facilitate the growth of capital by regular or single premiums. Common forms (in the US) are whole life, universal life and variable life policies.

What are the different types of policies available?

Term assurance provides life insurance coverage for a specified term. The policy does not accumulate cash value. Term is generally considered “pure” insurance, where the premium buys protection in the event of death and nothing else.

There are three key factors to be considered in term insurance:

2.Premium to be paid (cost to the insured), and

Various insurance companies sell term insurance with many different combinations of these three parameters. The face amount can remain constant or decline. The term can be for one or more years. The premium can remain level or increase. Common types of term insurance include level, annual renewable and mortgage insurance.

Level term policy features a premium fixed for a period longer than a year. These terms are commonly 5, 10, 15, 20, 25, 30 and even 35 years. Level term is often used for long-term planning and asset management as premiums remain constant year to year, allowing for long-term budgeting. At the end of the term, some policies contain a renewal or conversion option. With guaranteed renewal, the insurance company guarantees it will issue a policy of an equal or lesser amount without regard to the insurability of the insured and with a premium set for the insured’s age at that time. Some companies however do not guarantee renewal, and require proof of insurability at the time of renewal. Renewal that requires proof of insurability often includes a conversion option that allows the insured to convert the term policy to a permanent one, possibly compelling the applicant to agree to higher premiums. Renewal and conversion options can be very important when selecting a policy.

Annual renewable term is a one-year policy, but the insurance company guarantees it will issue a policy of an equal or lesser amount regardless of the insurability of the applicant, and with a premium set for the applicant’s age at that time.

Another common type of term insurance is mortgage life insurance, which usually involves a level-premium, declining face value policy. The face amount is intended to equal the amount of the mortgage on the policy owner’s property, such that any outstanding amount on the applicant’s mortgage will be paid should the applicant die.

A policy holder insures his life for a specified term. If he dies before that specified term is up (with the exception of suicide), his estate or named beneficiary receives a payout. If he does not die before the term is up, he receives nothing. However, in some European countries (notably Serbia), insurance policy is such that the policy holder receives the amount he has insured himself to, or the amount he has paid to the insurance company in total. Suicide used to be excluded from all insurance policies[when?]. However, after a number of court judgements, many insurers began awarding payouts in the event of suicide (except for cases where it can be demonstrated that the insured committed suicide solely to access the policy payout). Generally, if an insured person commits suicide within the first two policy years, the insurer will simply return the premiums paid as a compromise. After this period, the full death benefit may be paid in the event of suicide.

Permanent life insurance is life insurance that remains active until the policy matures, unless the owner fails to pay the premium when due. The policy cannot be cancelled by the insurer for any reason except fraudulent application, and any such cancellation must occur within a period of time defined by law (usually two years). A permanent insurance policy accumulates a cash value, reducing the risk to which the insurance company is exposed, and thus the insurance expense over time. This means that a policy with a million dollar face value can be relatively expensive to a 70-year-old. The owner can access the money in the cash value by withdrawing money, borrowing the cash value, or surrendering the policy and receiving the surrender value.

Whole life insurance provides lifetime death benefit coverage for a level premium in most cases. Premiums are much higher than term insurance at younger ages, but as term insurance premiums rise with age at each renewal, the cumulative value of all premiums paid across a life time are roughly equal if policies are maintained until average life expectancy. Part of the insurance contract stipulates that the policyholder is entitled to a cash value reserve, which is part of the policy and guaranteed by the company. This cash value can be accessed at any time through policy loans and are received income tax free. Policy loans are available until the insured’s death. If there are any unpaid loans upon death, the insurer subtracts the loan amount from the death benefit and pays the remainder to the beneficiary named in the policy.

The advantages of whole life insurance are guaranteed death benefits, guaranteed cash values, fixed, predictable annual premiums and mortality and expense charges that will not reduce the cash value of the policy. The disadvantages of whole life are inflexibility of premiums and the fact that the internal rate of return in the policy may not be competitive with other savings alternatives. Riders are available that can allow one to increase the death benefit by paying additional premium. One such rider is a paid-up additions rider.

The death benefit can also be increased through the use of policy dividends, though these dividends cannot be guaranteed and may be higher or lower than historical rates over time. According to internal documents from some life insurance companies, like Massachusetts Mutual, the internal rate of return and dividend payment realized by the policyholder is often a function of when the policyholder buys the policy and how long that policy remains in force. Dividends paid on a whole life policy can be utilized in many ways. First, if “paid-up additions” is elected, dividends will purchase additional death benefit which will increase the death benefit of the policy to the named beneficiary. Since this additional death benefit generates cash value, it also increases the cash value of the policy. Another alternative is to opt in for ‘reduced premiums’ on some policies. This reduces the owed premiums by the non-guaranteed dividends amount. A third option allows the owner to take the dividends as they are paid out (although some policies provide other/different/less options than these – it depends on the company for some cases). A final option is to invest the dividends in the insurance company’s general or separate account.

Depending on how interest is credited, the internal rate of return can be higher as it moves with prevailing interest rates (interest-sensitive) or the financial markets (equity indexed universal life and variable universal life). Mortality costs and administrative charges are known, and cash value may be considered more easily attainable because the owner can discontinue premiums if the cash value allows this.

Another type of permanent insurance is Limited-pay life insurance, in which all the premiums are paid over a specified period after which no additional premiums are due to the policy in force. Common limited pay periods include 10-year, 20-year, and are paid out at the age of 65.

Endowments are policies in which the cumulative cash value of the policy equals the death benefit at a certain age. The age at which this condition is reached is known as the endowment age. Endowments are considerably more expensive (in terms of annual premiums) than either whole life or universal life because the premium paying period is shortened and the endowment date is earlier.

In the United States, the Technical Corrections Act of 1988 tightened the rules on tax shelters (creating modified endowments). These follow tax rules in the same manner as annuities and IRAs.

Endowment insurance is paid out whether the insured lives or dies, after a specific period (e.g. 15 years) or a specific age (e.g. 65).

Accidental death is a limited life insurance designed to cover the insured should they pass away due to an accident. Accidents include anything from an injury and upwards, but do not typically cover deaths resulting from health problems or suicide. Because they only cover accidents, these policies are much less expensive than other life insurance policies.

It is also very commonly offered as accidental death and dismemberment insurance (AD&D) policy. In an AD&D policy, benefits are available not only for accidental death, but also for the loss of limbs or bodily functions, such as sight and hearing.

Accidental death and AD&D policies very rarely pay a benefit, either because the cause of death is not covered by the policy, or the coverage is not maintained after the accident until death occurs. To be aware of what coverage they have, an insured should always review their policy for what it covers and what it excludes. Often, it does not cover an insured who puts themselves at risk in activities such as parachuting, flying, professional sports or involvement in a war (military or not). Also, some insurers will exclude death and injury due to (but not limited to) motor racing and mountaineering.

Accidental death benefits can also be added to a standard life insurance policy as a rider. If this rider is purchased, the policy will generally pay double the face amount if the insured dies due to an accident. This used to be commonly referred to as a double indemnity policy. In some cases, insurers may even offer triple indemnity cover.  (source Wikipedia 2012)

We endorse the following web based Life insurance comparison website.