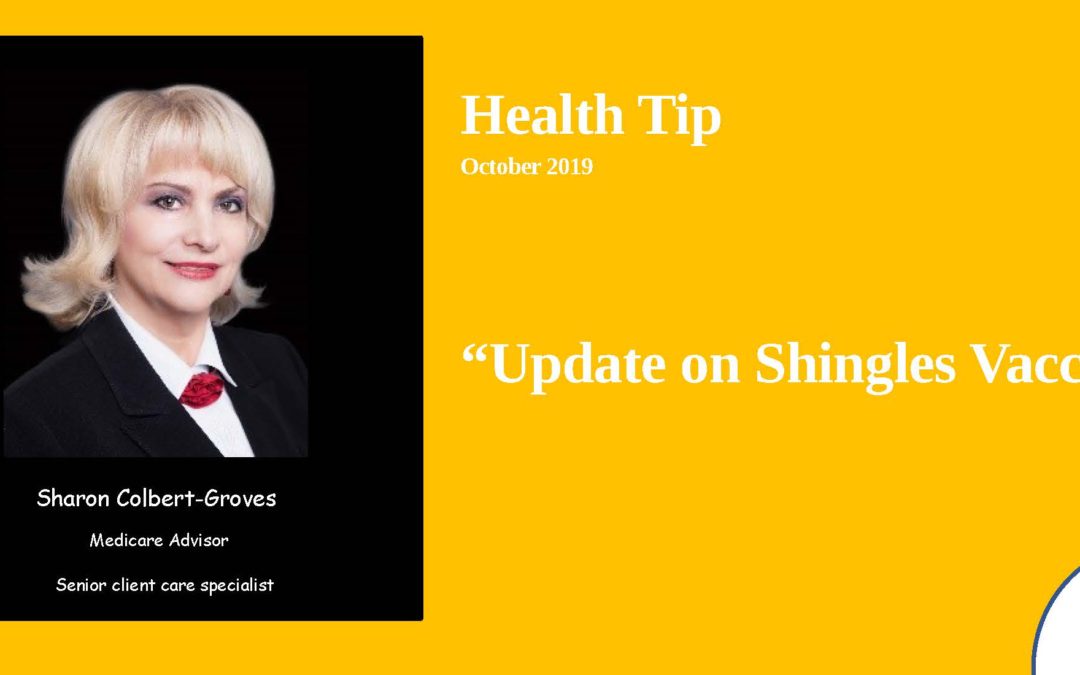 Shingles is caused by the varicella zoster virus, the same virus that causes chickenpox. After a person recovers from chickenpox, the virus stays dormant in the body (reason is unknown) and the virus can reactivate year’s later…causing shingles.

A new shingles vaccine, called Shingrix, was licensed by the U.S. Food & Drug Administration in 2017. CDC recommends that healthy adults 50 years and older get two doses of Shingrix, two to six months apart. Shingrix provides strong protection against shingles and PHN (long lasting pain). Shingrix is the preferred vaccine, over Zostavax®, a shingles vaccine in use since 2006.

The shot is not covered by Medicare Parts A and B. Generally, Medicare prescription drug plans (Part D) cover the shingle’s shot. It will be subject to your plan’s annual deductible and copays depending on the tier level on your specific Part D plan. Since the shots are subject to your drug plan’s annual deductible, and since it consists of two shots given (2- 6 months apart), you may want to do these two shots within the same calendar year.

Foods to avoid when suffering with shingles

4) Food and juices with high amounts of sugar, refined or processed foods.

8) Sorry, but beer is also listed.