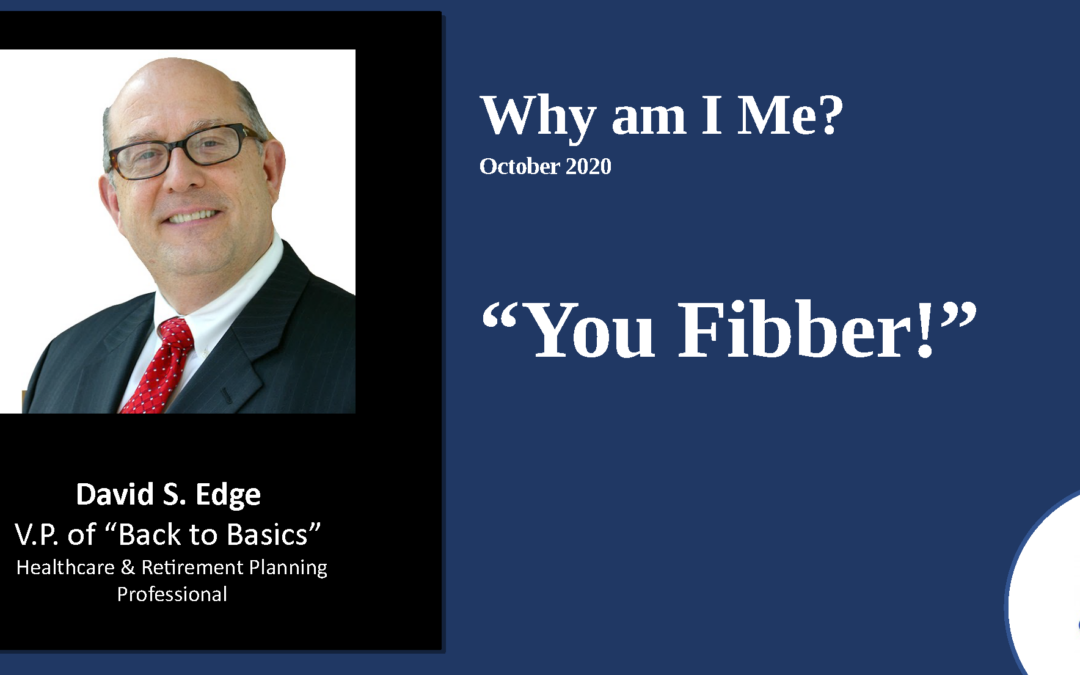 Liar, liar, pants on fire! Wouldn’t it be funny to see the politicians as they are constantly lying about one thing or another, have their pants catch on fire when they lie? These days that would be a full-time job for a fireman at the congressional building. A comedian said on TV “if their lips are moving, their lying”.

It seems we can’t pick up the newspaper or watch the news without it being all about an opinion. What has happened to actual reporting? How we each react to what we read, see, and hear, it makes you……you!

I constantly see articles written by folks and hear reporters on TV or the radio using outdated facts and information to make a point. The latest one that a real reporter was trying to make a point about was that the Social Security fund is going to be bankrupt by 2034. Not true. Changes made to move the full retirement age by a few months for people born after 1955 made the fund viable years beyond 2034. But it was just too convenient, or the reporter was just too lazy, to perform a little research for more up-to-date facts. Their passion and plea and emotions were far more important than to give some basic facts.

Do you remember the last time you were lied to? What was your reaction? Too many times we just let it slide and vow to never do anything with that person again. But in many cases, time heals all wounds and we find ourselves going back to them and giving them a second chance. Fool me once, shame on you, fool me twice shame on me? That saying goes all the way back to 1651 by Author Anthony Weldon.

Apparently, fibbing has been around since Biblical times although lying is not one of the original 10 commandments. But some would argue bearing false witness against your neighbor comes pretty close.

So, do you remember the first time you were fibbed too? How about recently? Whatever your reaction, it makes you…….you