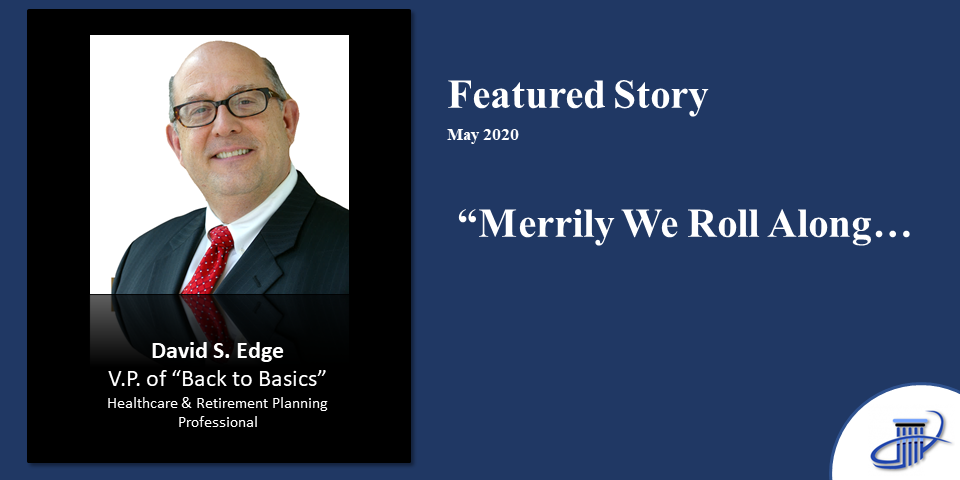 It’s spring, the Queen of seasons, and are we happy yet? With all the ongoing onslaught of media stories on the Virus, it is easy to get overwhelmed. It’s bad, it’s improving, but wait! There might be an even greater second wave. Lions, and Tigers, and Bears, oh my! Chicken Little would be right at home these days with our current American Media totally out of control.

The lead stories are an accounting of the dead from the virus. Well, what about some stories about the folks that are surviving and are recovering? Wouldn’t it be nice to see the positive numbers as the lead news for a change? In my book, I would vote an absolute YES!

The normal statistics our government tracks for the regular flu each year, traffic deaths, medical deaths from cancer, etc., have astronomical numbers each year but you do not see a word about those numbers. All the other categories on death are much higher than the Corona Virus and you don’t see people hoarding food and supplies

.
So, what’s the difference? Media corporate Presidents and CEOs are salivating on anything negative they can print to the American public. There is a definite objective in the news these days to print continuing negative news, and almost nothing positive. Why? When the H1N1 virus hit several years ago and had much more devastating results, there was hardly a blink in the news. And as soon as it wasn’t news anymore that topic was quietly and quickly ushered to the waste bin of “old front-page news graveyard”.

Being an Independent, I vote for who I feel is the most qualified person at election times. I’ve voted for Republicans and Democrats alike. Sometimes it’s voting for the lesser of two evils. What I don’t like is the news on the TV during Democrat-led years in more neutral, while any time there is a Republican in office, the news is always bad. Coincidence? I think not. During a crisis we expect our leadership to pull together and do what’s best for the American public. Not bicker about this or that pet project when it comes to relief bills to help folks.

For some of us, we merrily roll along making the best of any situation. Though unlike most people who have a short attention span, I have a long memory, and that affects who I pull the lever for in the next election. Trust me, it will be ugly.