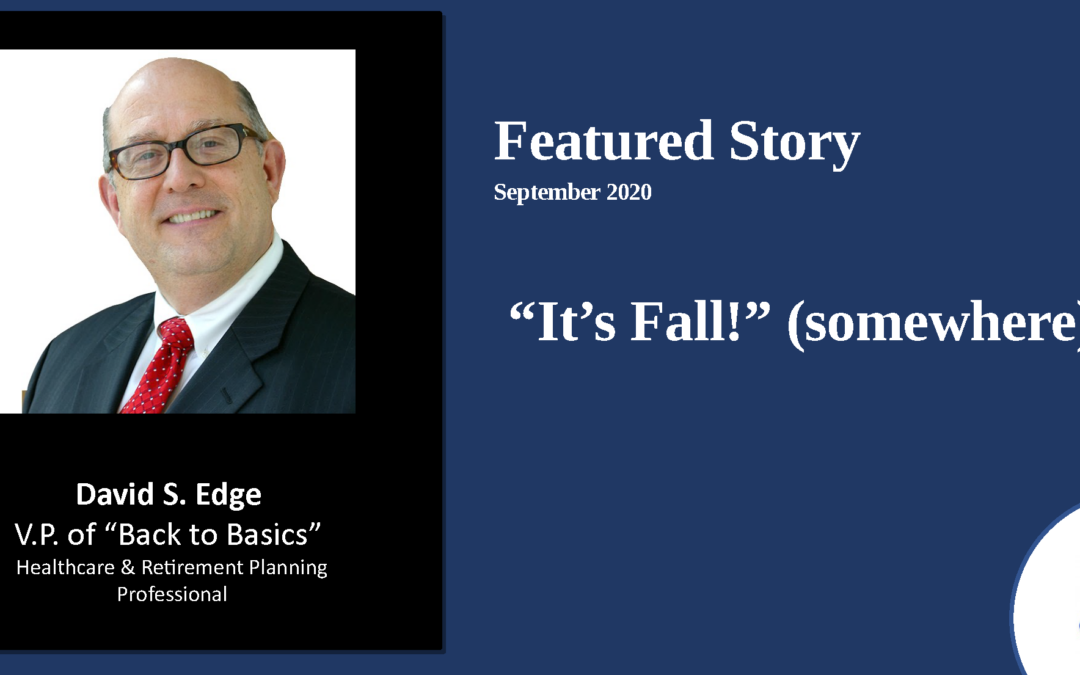 It’s a fall like we never had before; late school openings, kids still at home, shortened college football seasons, or, worse, terminated completely. The baseball season should be entering the playoffs soon, but not this year. Leaves are starting to turn their beautiful colors but since our Arizona monsoon season was a ‘no show’ this year… what fall leaves?

With schools starting or not starting, it was funny to see one of my neighbors (who is retired) suddenly having kids arrive at their home every morning. After a brief discussion, it was all their grandkids coming to the house for homeschooling since all the parents were going back to work and no schoolhouse to go to. Fred took it with good humor that he now has an excuse to see his grandkids every day, for a while at least. While driving past their house yesterday, the entire driveway was covered in drawings and art from the kids with chalk. I even spied an old hopscotch drawn into the concrete. Everything old is new again?

With fall occurring, the countdown starts with Halloween, Thanksgiving and Christmas. I already have seen Halloween stuff in the stores and its only August. One retail store was putting up Christmas! I asked the manager what in the world was going on and she politely informed me that they were just trying to get people to feel good with all the negative stuff going on. Maybe she is on to something, at least the feel-good aspect?

And with all the finger-pointing and tit-for-tat going on between China and the USA, don’t expect those catalog items to be here anytime soon, as most of those products are sitting on a dock somewhere waiting for one or the other to let commerce start again.

But for most of us, it’s still going from the air-conditioned house to the air-conditioned car, to the air-conditioned grocery store, or some other retail place with A/C. All I know is our fall schedule has me a tad discombobulated, and my wife is not a happy camper. Hmmm…. Happy wife, Happy Life? I, for one, hope things get better soon! And maybe…it’s not too early to start ordering those Christmas gifts? Merry Jack-o-Lantern-Turkey-Santa to you!