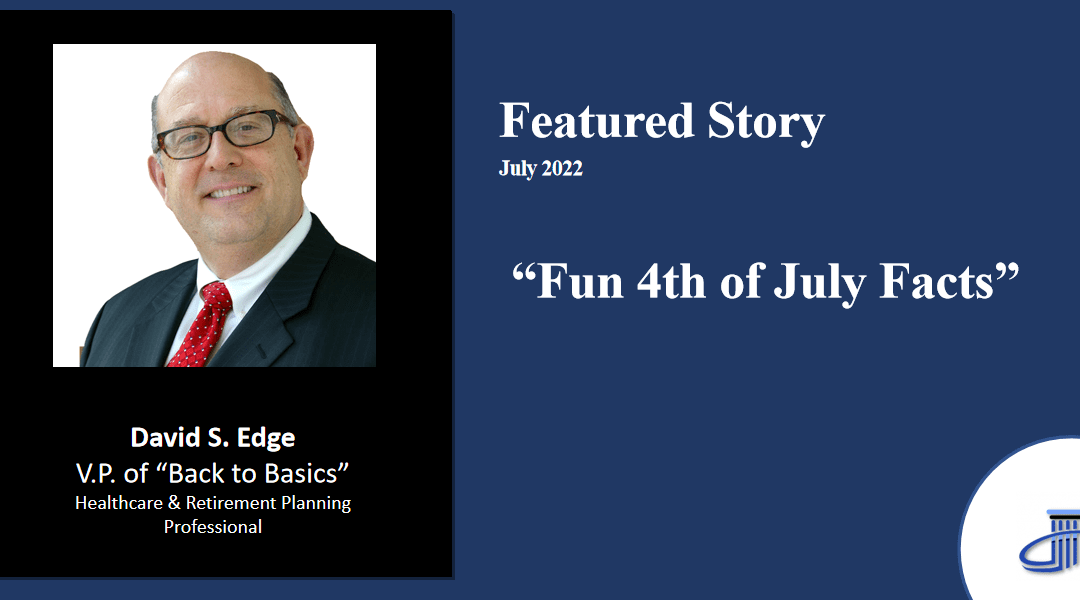 Americans love their holidays, and the 4th of July is one of the granddaddies of them all!

Fun Fact: Many citizens think we celebrate the signing of the Declaration of Independence on this day. Actually, we celebrate the adoption of the document – voted on and approved by the Continental Congress on July 4th. John Adams wrote to his dear wife that July 2nd would go down in history as Independence Day- the day the thirteen original colonies separated formally from Great Britain. Still, the body politic didn’t approve it until July 4th! So there you are!

Another Fun Fact: Most of the delegate members didn’t actually sign the Declaration until August 2nd, 1776.

The nation’s population was 2.5 million when the Declaration was signed, as compared to 329 million currently. July 4th didn’t become a federal holiday until 1870, and it wasn’t until 1941 that it became a paid holiday for all federal workers. It’s interesting to know… many countries around the world celebrate the 4th of July along with Americans because they see it as a way to bring in American tourists to vacation during the holiday.

So whether you are celebrating with a backyard BBQ, a day at the lake or beach, or a local parade with fireworks in the evening, may you have a safe and joyful Fourth!