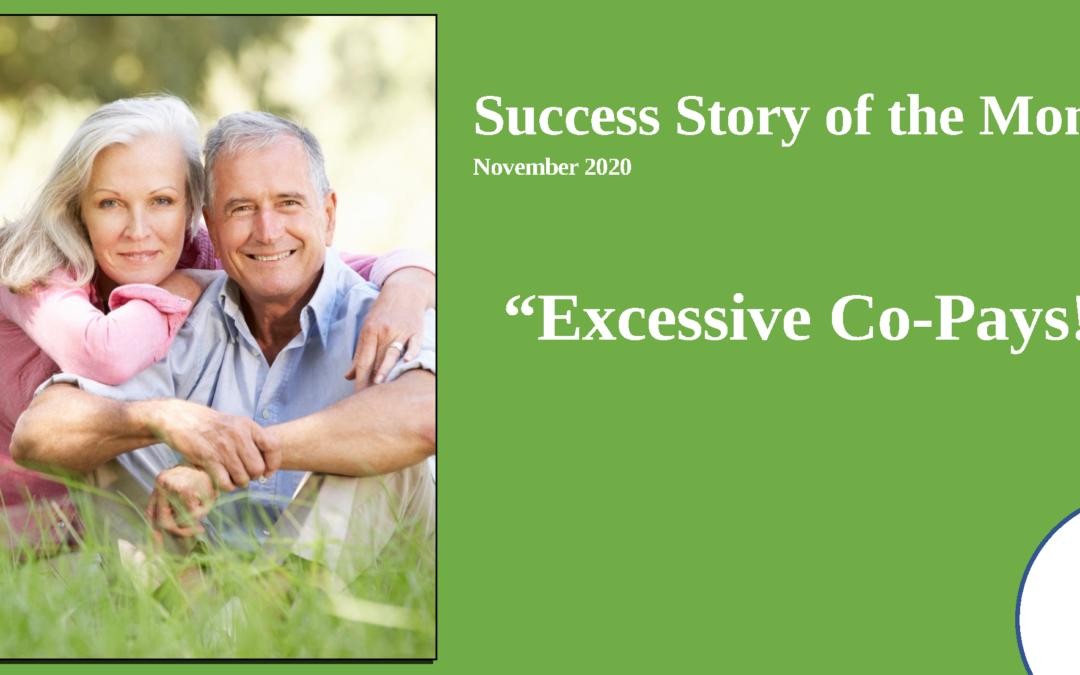 Bill and Teresa were on a Medicare Advantage plan that they were extremely happy with. Since they were both healthy and only took a few prescription medications, the co-pays on their plan were very reasonable. They also had the same Primary Care Physician for years and were comfortable with that relationship.

In October, they received their “Annual Notice of Change” (ANOC) and were surprised that the co-pays had been raised and the maximum out-of-pocket had also increased. The next notice they got was from their long-time primary doctor who informed them that he was retiring! Loss of doctor, higher co-pays, and higher max out-of-pocket. It was a triple loss!

They had received their email from American Retirement Advisors and had responded with their current list of prescriptions and their doctors so we could check their plan for 2021. On top of that, they also let us know of the loss of their PCP.

No problem! They had an appointment with one of our advisors who reviewed all the Medicare Advantage plans for 2021, and since they had no doctor, they would select a new one. They were pleasantly surprised when we found a new plan that had lower co-pays and lower maximum out-of-pocket than their 2020 plan. The icing on the cake was that all their prescription medications had a $0 co-pay! Yea! Free drugs!

Not only that, but we also researched and found a new top-notch primary doctor who was right in their zip code who was accepting new patients.
Bill and Teresa were relieved that the process of comparing new plans was laid out in such a manner that they felt educated about their selections for the new year.

Are you sure you are on the right plan for you?