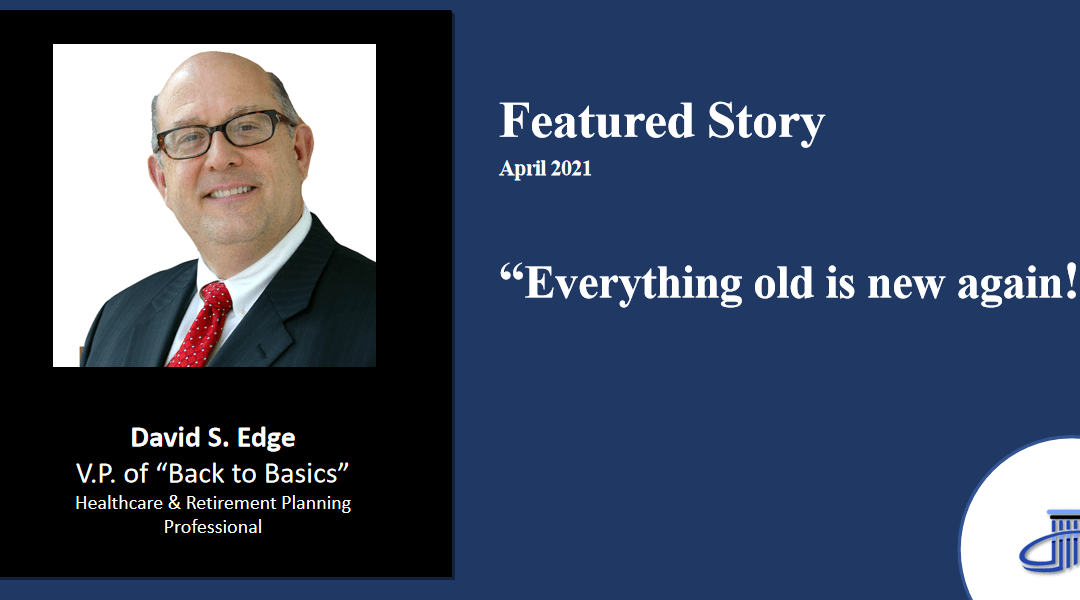 As we spring into April, it’s always great to see all the old plants that are dead and brown come back to life each Spring and all the small green shoots that eventually start growing and filling out our bushes and trees.

All those plants you thought were dead, were actually wick! Wick? Yep, it’s essentially old English related to the word quicken (come to life). If you are a Broadway musical fan, you’ll remember in the musical Secret Garden, the song with the words “If a thing is wick; it’ll grow”.

This “old is new again” cycle never changes. I had an experience recently with a young customer service representative who thought they had come up with a new novel  idea for customer service. As they explained their idea it became clear that it was a recycled Zig Ziglar from the ‘70s and ‘80s that I’d heard long ago. I checked my library and found a Ziglar book I’ve had for years and handed it to them to read. A week later, they returned the book and thought it was fascinating!

I see this pattern happen over and over again. It always appears to me that people who do not have experience and/or knowledge (or in their case, these two items are were limited for whatever reason) have these “new thoughts.”

While we see the technological advances in our everyday lives, it’s not often we see something entirely original. Most times, it’s just an improvement. How many times do we see a new movie that is just a recycled one with different actors? Now, the writers tried to update the old movie with a few new twists, and while it might be a novelty, it’s not original.

Philosopher Marcus Aurelius wrote, “They that come after us will see nothing new, and they who went before us saw nothing more than we have seen.

“Methods are many, principles are few, methods always change, principles never do.” This adage has been around a long time.

Principles are severely lacking in our current government, no matter which side of the aisle you sit on. One more time the American people were made the same old tired promises. Once again someone was elected and did the exact opposite of what they promised. I, for one, think it’s time for something new and original.

So, in the meantime, stop watching the news, get out and enjoy the weather, birds singing, and all the new blooming and green growth in April!