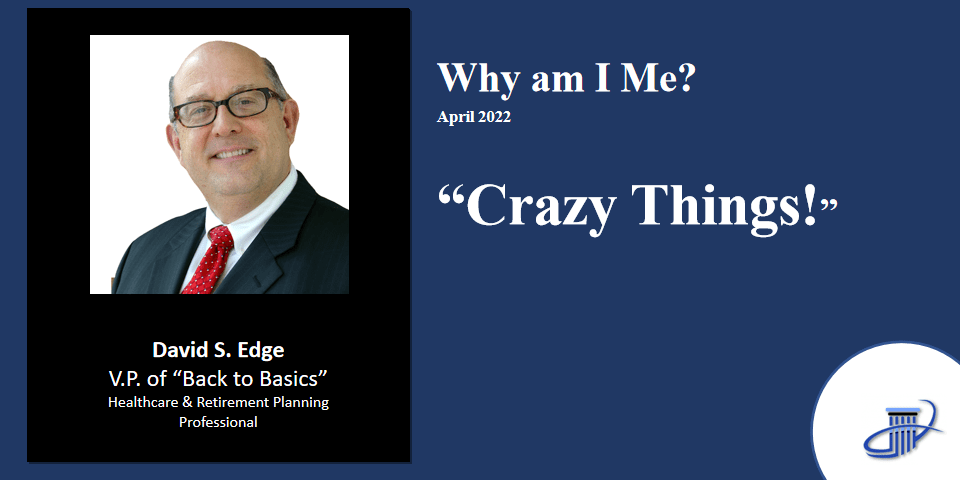 I’m sure just like most folks that you’ve done something crazy or had something crazy happen to you during your lifetime. Either a freak accident, a surprise, or something that was just plain bizarre. And whatever it was made you…you!

During my life, I’ve had several weird or goofy incidents and I can probably tick off five or six without working too hard. I don’t know that any one of these are a standout as the craziest thing, but I’m sure something flashed into your mind as soon as you started reading this article.

You remember what it was, don’t you? Well, there was this one incident for me. While on the road some 20 years ago I was performing audits of branches for the financial services company I worked for. After landing and getting my rental car, a lady hit me in the parking lot as I was getting into the car and injured my arm to the extent that I had to go to the emergency room. The good news was that it was just a bruised bone and not broken. Nonetheless, I had to wear a removable cast and an arm sling for a few weeks for my arm to heal. I was also in a great deal of pain. The emergency room doctor gave me a bottle of pain pills for relief. Next, I received a pager notice to call the corporate office (yes, no cell phones yet). My CEO heard of my accident and instructed me to just get on a plane and go home and he would send someone else to perform the audit.

I got to the airport and after checking in I sat down and took a pain pill the doctor had given me and thought “I’ll sleep on the flight home.” A few minutes later the loudspeaker announced the boarding of two flights, the boarding gates were side by side….. You guessed it! I boarded the wrong flight! You would have thought that one of the boarding agents would have caught the mistake when they checked me in at the door, but this was before computer scanning. I got on board, found my assigned seat, and fell asleep. I woke up in Maine! The airline had already discovered the mistake and had an agent waiting on me when I got off the plane and took me to another gate to get me home where I arrived safely.

So, what was your crazy thing? Who was with you, and when did it happen? Whatever it was…
it made you…you!