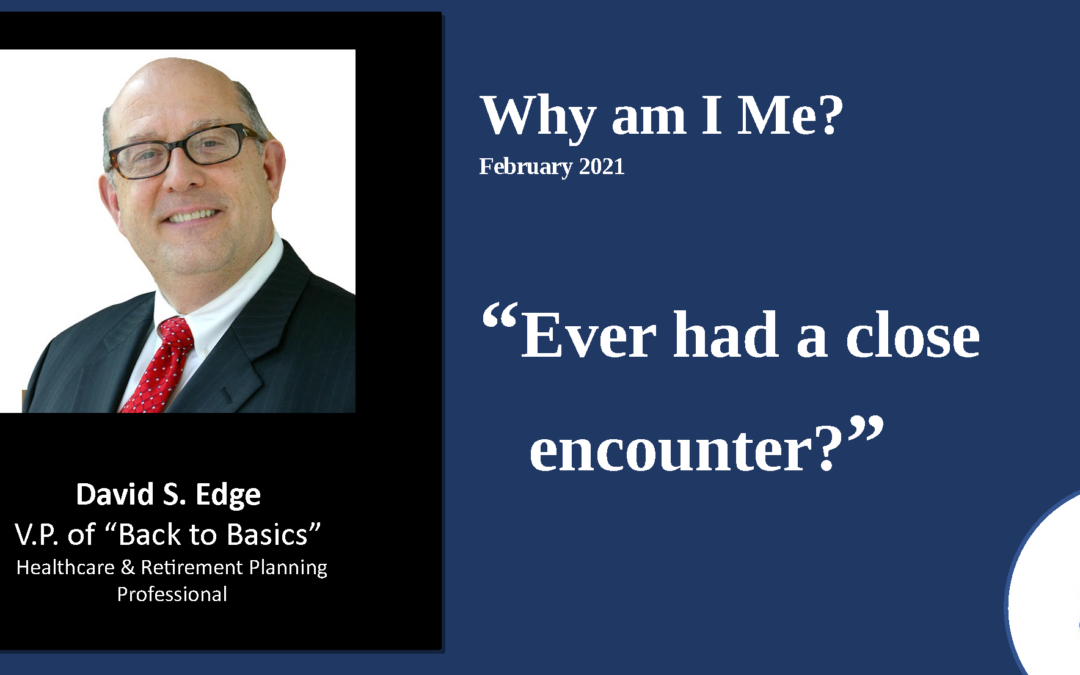 If you ask someone if they have ever had a close encounter, they’ll probably want to know more specifics about your question. “Close encounter with what?” they may ask. But whatever close encounter you’ve had in your life and how you reacted makes you…. you!

Your close encounter may have been with an unexpected chance meeting with a wild animal, a close call with a traffic accident, or maybe you dodged a medical issue that potentially could have been a life-or-death situation. But at that moment you reacted either with fear, panic, or anxiety.

Lions and tigers and bears, Oh My! Have you had a close encounter with mother nature? I’ve had a few since I’ve been an avid hiker, horseback rider, and camper. Everything from venomous snakes, bears, large game animals, and even a mountain lion. I can tell you on several of these occasions my blood pressure was up!

When I was young and camping with some teenage friends, we decided to hike to an open area so we could star gaze and pick out the constellations. There was no moon, and it was pitch black. Three or four of the guys had flashlights but I had left mine at home. We came to a fence that bordered a large pasture and it offered a great view of the stars. As we stood for several minutes, we were quietly talking and pointing out different things we recognized in the beautiful night sky.
Suddenly, we hear thundering hoofs and snorting of a large animal. As I turned towards the noise, I stood frozen…. instinctively facing whatever was coming toward us. I had no idea what it was because everyone had turned off their flashlights to star gaze. Panic filled me as it got closer and closer, but I didn’t move away from the fence thinking it would stop whatever was coming. As it came closer and closer it came to a stop just in front of me on the other side of the
barricade. While I could not see it, I inhaled what must have been a dirt cloud and the overwhelming smell of a Bull! After I finally found my voice, I asked could someone turn on a flashlight. There was no answer……. I finally hear off in the distance the other guys calling my name.

They had left me by the fence alone within a few feet of an exceptionally large, annoyed Bull! The next day we all had a good laugh at the terror we experienced the night before. While I was annoyed that they left me in the dark, I learned a lesson and I never forgot to pack my own flashlight. So, what was your experience? Who were you with and more importantly how did you react? I hope it was a temporary situation and had no long-lasting negative effect. But whatever your experience was, it made you …. you!

Make sure you have no panic or fear of what to do with retirement issues. Got questions? Call us, we can help