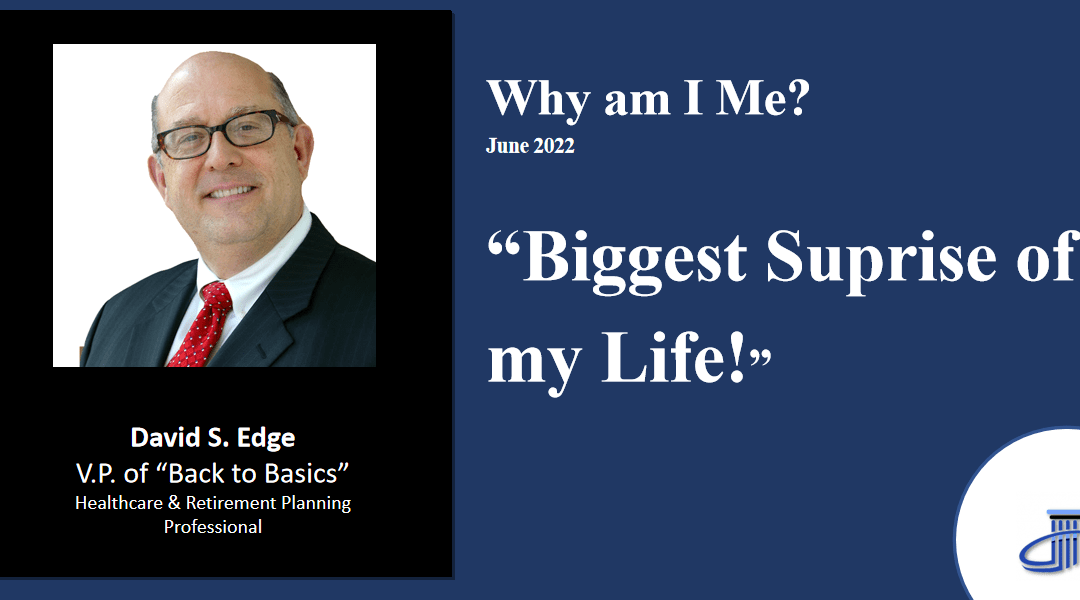 We’ve all had a big surprise in our life at some point. What was yours? Who were you with, where was it, and what was it? Whatever it was, it made you…you.

As I review my life, I am amazed that a poor kid from Georgia has accomplished what I have. My two brothers and I lived in a rental house with just our mother to support us. There was never any extra money. I admired her – a saint for what she accomplished by raising three boys alone.

At an early age, my brothers and I learned that you better earn some money if you wanted something. So, we cut grass, raked leaves, washed windows, cleaned out roof gutters, cut firewood, and just about anything to earn money. I was surprised at what I could do and what I earned!

I paid my way through college, graduated, and spent time trying different employment opportunities. I was a trained singer and successfully worked at Six Flags in their live shows, and even worked as a stuntman. I later met my wife and moved with her to California. During the first years of marriage, the biggest surprise of my life was having our baby daughter!

We both loved to travel, and when we got married, we promised each other that we would go somewhere we had never been before once a year. At first, we could afford only local destinations as newlyweds. But later, as our income allowed, we started visiting more exotic destinations – Hawaii, Alaska, and Mexico. We included annual trips to New York to see the newest shows. Then added a few cruises and international travel to several European countries, Africa, Australia, New Zealand, Singapore, Iceland, and other Pacific Rim countries. I was grateful we could share these experiences with our young daughter!

I started out as a poor kid; I never thought I’d visit over 40 countries and travel worldwide – not in my wildest dreams. But, having a daughter and all the travel we have accomplished are the biggest surprises in my life.

Each of us has experienced something that makes us unique. So, what was the biggest surprise in your life? Because whatever it was, it made you…you!