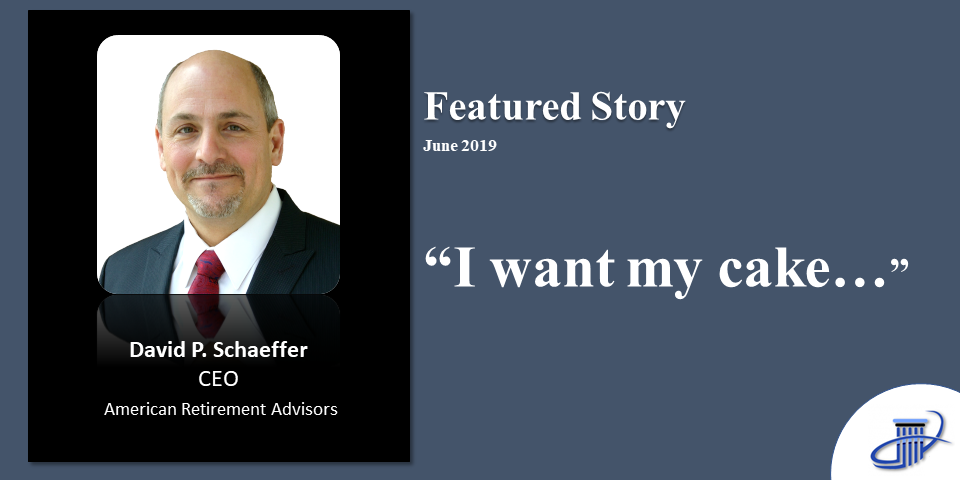 We have all heard the colloquialism “You want your cake and eat it too”. Don’t get me wrong! I’m all for a bargain. Maybe it’s my upbringing, perhaps my genes. I love a bargain. It just feels good to get a deal.

I was watching a candidate for president on CSPAN last night. He was talking about “a Medicare-like plan for all”. Not “Medicare for all”. He was an endearing speaker. His tone seemed genuine and his empathy appeared genuine as well.

Then he began to reach and say things that would tie him to the heartstrings of a woman and all men that have a daughter. Then he repeated his words, in a similar fashion, to our current President. It was a similar speech pattern to what we have heard over the past few years.

(Sidebar, according to psychologists, a person that says the same thing multiple times in the same sentence is usually ill-prepared on the
subject or is stretching a truth). I learned this in my early corporate days working for a Fortune 60 company. It was a clear sign to look out for in conversation with new employees or at the negotiating table.

My intrigue was peaked; I knew he was making things up to garner empathy of his audience. He was trying to say what folks wanted to hear. UGH!

I kept watching…The sympathy play was going to be turned up to full volume. He was now going to use the passing of his son as another tool to garner a connection. I know how hard it is to lose a loved one. I can’t even imagine the pain of losing a child or, in his case, a grown son. I don’t know. But it just seemed off to me to discuss the conversations he had with his son about his run for office.

I was hoping to hear something new, something exciting. Nope, just more of the same from that party. Don’t get me wrong, I truly believe Americans should have access to healthcare without limitations of pre-existing conditions. I also believe we should “Ask not what our country should do for us, but what we can do for our country”. Hey, that was a famous quote from the same party. Ok, how ’bout this, “Good planning and hard work lead to prosperity, but hasty shortcuts lead to poverty.” That one is biblical. Dang, I need to find a good quote for the party in office now.

Ok Google, help me out…

“Never let the things you can’t do, stop you from doing what you can.” Ronald Regan

I like that. It’s positive, implies you need to WORK for what you get. He also said…“I’ve heard that hard work never killed anyone, but I say why take the chance?”

I work hard, and a lot. Some folks say they have never met anyone that works as hard as I do. I earn what I deserve, pay my taxes, love my wife, take care of my kids, and serve our community. It makes my blood boil when a politician or a political party says they are going to take away my ability to take care of those around me. The government should have a balanced budget. The government should keep us safe from threats, domestic and abroad. Promote the general welfare. They should secure the blessings of Liberty to ourselves and our prosperity. I’m pretty sure the founding fathers DID NOT SAY “we should give welfare to everyone!